With little doubt one of the youngest diving helmet projects in the Netherlands and an interesting example of a home made diving set: the Henk-Jan Vijn Shallow Water Helmet. For Henk-Jan this started as a hobby project early 2012 at the bar of his diving club: ‘Down Under’ in Landsmeer. The idea was to create a diving helmet which could be used at the training sessions at the diving club. Henk-Jan who’s employed at the Schiphol Airport as a technician was set to work. The main helmet dome was created out of a pressure tank of a LP compressor, the porthole comes from an air treatment cabinet. The helmet has 7 kilo of weights attached to it which provides enough weight to keep it at the divers shoulders but still allows the diver to take off the helmet himself when needed. A non return valve was installed at the helmet side in the umbilical, the umbilical itself was salvaged from a burning set: it is (obviously) the oxygen hose. The reducer is a standard Dräger first stage from a ‘Presluftatmer’ which can be adjusted to get the desired flow. Henk-Jan had many enthusiastic divers giving the helmet a try, both at his own diving club but occasionally also at other diving clubs. 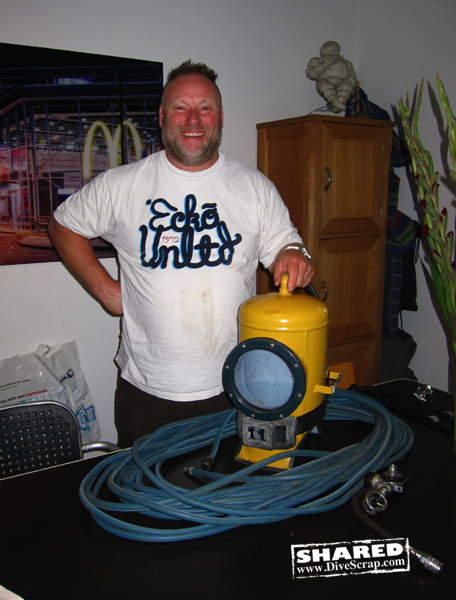 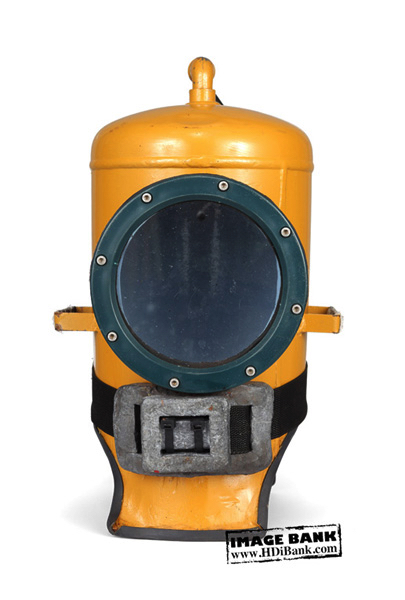 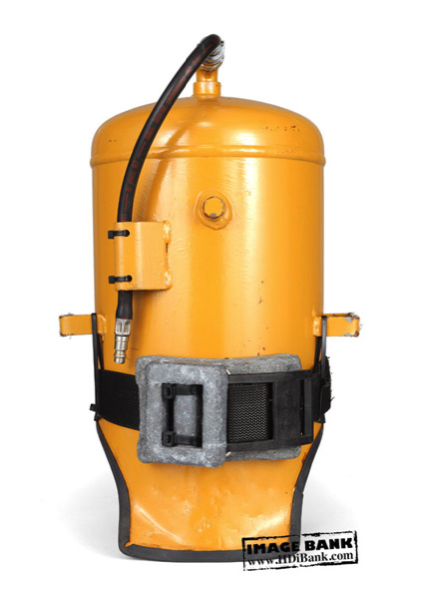 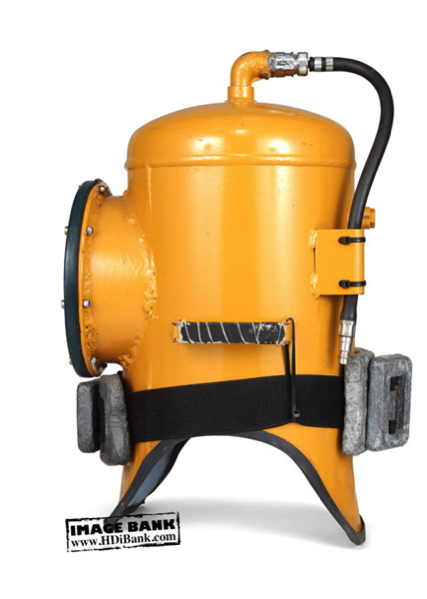 Photo here above: the umbilical once had a life as an oxygen hose at a burning set, the reducer is taken from a Dräger ‘Presluftatmer’ 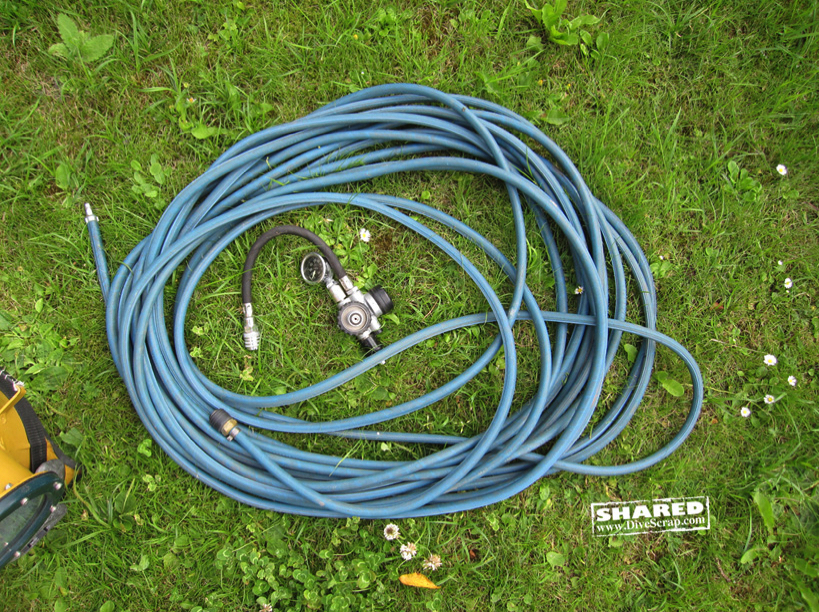